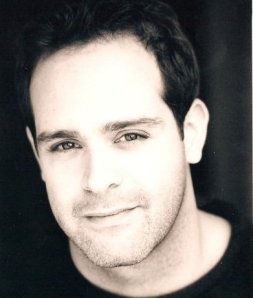 Are you naked as you read this?

Are you naked and afraid?

Someone is crazy and naked and afraid!

A couple of people are naked, actually.  One Woman and One Man.

But this is no joke.  These people are survivalists who agree to challenge themselves for 21 days in the wilderness.  They meet for the first time at a location and begin their journey to find food, water, shelter and clothing.   They do not get any money for this challenge. 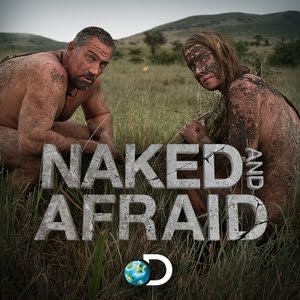 My very talented younger brother, Rafael Monserrate who has been producing and directing for about 10 years, began working for The Discovery Channel in 2010.  He is the Producer for tomorrow’s episode which takes place in the Amazon Jungle of Peru.   I sat down (virtually because he’s in LA and I’m in MA) to talk to him about tomorrow’s episode.

Brickhouse:  Hi, little brother.  I am so proud of you, btw.  Why did you choose to produce this episode?

Rafael:  Hi, Beautiful Sis.  I chose this episode because I have a deep love and connection to the Amazon Jungle in Peru.  It is one of the most beautiful and magical places on earth.  It is there where my personal spiritual journey began 10 years ago.   I owe this jungle quite a bit.

Brickhouse:  What is it like to work with and film naked people?

Rafael:  Filming naked people in the jungle was strange for the first 20 minutes, then you forget about it and focus on documenting the story you are following.  More than the nakedness, it is really the sense of primitive survival that becomes the focus.

Brickhouse:  How tough was it to film this for 21 days?

Rafael:  The shoot was physically and mentally exhausting.  I was responsible for all logistics and all creative, in the field.  It was a very taxing experience but incredibly rewarding.  There was one particular night in which an epic ‘biblical’ rainstorm hit and it happened to be the one time that I had decided to stay out all night with the cast to shoot.  I ended up having to suffer through the storm alongside them as I tried to keep shooting the story as it unfolded.  The cast came dangerously close to hypothermia. 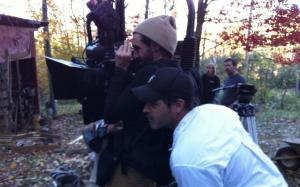 Brickhouse:  At any point during this shooting were you worried about any of the survivalists’ health and ability to finish their challenge?  Were you able to help them in any way?

Rafael:  You become very concerned about the cast pretty early on.  It is as intense as one could imagine.  And remember, they are naked.  We try not to intervene, as we aim to preserve the integrity of their experience as much as we can.  At the end of the day, the survivalists want to know that if they succeed, they did it on their own with very little intervention.  They truly want to own it. We do have a security detail and medical team on standby in case of emergencies.  As far as health, etc, you will have to tune in to see what happens.

Brickhouse:  What motivates the survivalists to do this?

Rafael:  It really depends on the person.  Most of these folks have a pretty significant background in outdoor adventure and survival.  Some do it for an extreme personal challenge, some do it to shake up their lives a bit, change the routine, live on the edge.  Some of the women take this on to be an example of female empowerment and to show that gender does not matter.

Brickhouse:  What should we expect during tomorrow’s episode?

Rafael:  This is a 2 hour show where the first hour and 15 minutes will feature the full episode, followed by 45 minutes of LIVE after-show discussions in which I will appear to answer some questions.   This will be a great opportunity for the viewers to see how this amazing adventure takes place.

Brickhouse:  OMG!  Will you say ‘hi’ to me on LIVE television?  Please?  I took care of you all those years!  Just kidding…Good luck tomorrow and please, don’t be naked.

Projects Rafael has worked on:

42 thoughts on “Are You Naked? Afraid? Afraid To Get Naked? An Interview With A Producer”